Sleep is a necessary commodity; it is estimated that we need to sleep about a third of our lives for better health. And yet, in today’s overfilled and hectic times, many people suffer from lack of sleep. In fact, it is estimated that about 50 to 70 million American adults suffer from a sleep disorder that manifests itself in a lack of restful sleep. As sleep deprivation becomes more severe and chronic, symptoms of sleep deprivation can become life threatening.

What is sleep deprivation?

While it is true that people vary in the amount of sleep they need, sleep deprivation can be defined as not getting enough restorative sleep so that the individual with sleep deprivation suffers from daytime sleepiness, a lack of concentration, poor memory and many other physical and mental disorders. The average amount of sleep a person can get is about 7-9 hours but many people try to cut back on that so they can get more done during their waking hours.   The end result is symptoms of sleep deprivation.

A major study recently polled almost 75,000 individuals regarding their sleep habits. They found that about 35 percent of individuals get less than 7 hours of sleep per night. Half of all people report snoring, which can interfere with the quality of sleep; another 38 percent of people stated that they fell asleep unintentionally during the previous month. More than 4 percent of people indicated that they nodded off while driving within the previous month. Another national study on 10,000 people revealed that 37 percent of the people between 20 and 39 years slept less than 7 hours a night. Older people fared better, with 32 percent of older Americans reporting getting less than 7 hours of sleep per night.

How many hours of sleep?

The amount of hours of sleep we need varies with age. Kids under the age of 12 need about ten hours of sleep to function normally, while teens need 9-10 hours of sleep per night. Adults must get 7-9 hours of restful sleep each night In order to function maximally during the day. About a third of us fail to get that much sleep, making sleep deprivation a public epidemic. 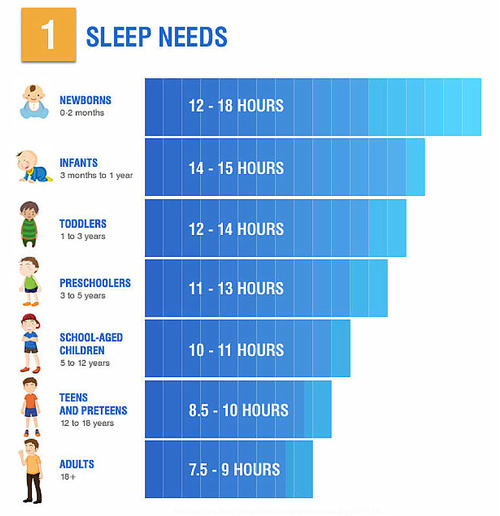 Even mild amounts of sleep deprivation can lead to daytime fogginess and poor concentration. Here are some effects of lack of sleep you should be aware of:

Sleep is important for your entire health. In order to get enough sleep at night, try these simple tips to better your sleep:

The key idea is to give sleep a high priority in your life. More sleep equals a better feeling of wellbeing and better health overall.